I’ll admit it. I used to do it, too. I have clicked “share” on a well-meaning post about how letting your kids play outside will eliminate an unnecessary ADHD diagnosis. I have vigorously nodded my head while reading an article that bemoaned the US educational system and mentioned that other countries have more recess, better exam scores, AND fewer kids with ADHD. I have made that particular pained expression people make when they hear that someone’s kid has recently started ADHD medication. I have caught a friend’s eye with that special sanctimommy look that says I wouldn’t parent that way, and look, my kid has no problems. 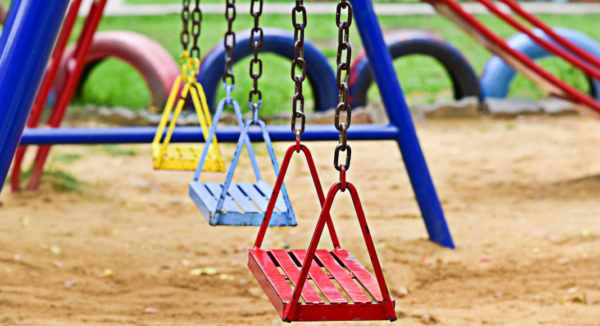 That is, of course, until my kid did have problems.

My oldest son got an ADHD diagnosis in second grade after years of teachers telling us they had some concerns about his ability to sit still, control his impulses, keep his hands to himself, stop blurting out answers, etc. Like every mom you’ll meet on the Internet, I leapt into action to out-parent his problem without the help of pharmaceuticals. I cut out artificial colors in all of our food, going so far as to make our bread from scratch and dye frosting with beet juice for the class Valentine party I super-mommed up in my spare time. He started seeing a therapist who used cognitive behavioral therapy to help him develop strategies for pausing, for slowing down, for being mindful. I met with his teachers and developed classroom behavior plans that he could follow. I made sure he got 60-minutes of exercise every morning before school (bounce house in the basement—the only way to manage this task over a Wisconsin winter).

And you know what? None of it helped that much.

It all helped a little (except the dye. That’s a mom-on-the-internet urban myth as far as I’m concerned), especially the therapy.

ADHD experts agree that if the disorder is affecting kids in more than one area of their lives, they may need medical intervention. For us, it was affecting his behavior at school, his relationships with friends, and his participation in sports teams. So, we tried medication, much to the chagrin of Internet moms everywhere, including the judgmental one who lives inside me.

They gave him the millisecond he needed to pause, reflect, and choose whether or not he wanted to blurt or to touch or to bolt. Nine times out of 10, he didn’t want to do those things. He wanted to pay attention in class, listen to his coach, and be a good friend, and his medication helped him slow down long enough to do all of those things.

I was afraid that he’d be a zombie with a flat affect and no sense of humor. I was relieved to see he was the same wonderful, funny, smart, sparkling kid he always had been, a happier version of himself because he wasn’t always being criticized and called out for bad behavior. I saw it for myself: My son had ADHD, not too many screens or not enough recess, not distracted parents looking for a miracle cure or harried teachers overseeing a roomful of test monkeys or any of the other horrible images the Internet feeds us about kids on meds, and his medicine? Worked.

When my second son was diagnosed with ADD in third grade, though, my inner Internet mom was back in full force.  Now you know you’re a terrible mom, I told myself. What are the odds that literally HALF of your kids would have ADD? Not very good. You are just a crappy parent raising kids with too much screen time and not enough recess. How long is their lunch break at school, anyway?

Instead of rushing to give my second son ADD medication, I actually thought about taking his older brother off of his pills—that’s how sure I was that two kids from the same family couldn’t possibly both have ADHD and that the diagnoses were probably both wrong. Then our wise school nurse shared with me a splendid truth about ADHD.

It’s true that even my two don’t present the disorder in the same way. One is hyperactive. One is inattentive. One struggles in school, the other with friends.  One needs to slow down. The other needs to focus better. Both of them, though, have benefitted immensely from medication, cognitive behavioral therapy, and clear action plans at school.

And as for me? I have benefitted from quieting my inner Internet mom and realizing that all of us are just doing the best we can. I no longer feel ashamed of my kids’ diagnoses or how their psychiatrists have recommended treating them. And you know what? Neither should you. Solidarity, sister.

Sarah Jedd
http://harrytimes.com
Sarah Jedd has a Ph.D. in communication arts from the University of Wisconsin-Madison where she teaches and studies the rhetoric of Planned Parenthood. Sarah has 5 (F I V E) children: teens Harry and Jack, elementary schoolers Cooper and Dorothy, and sweet baby Minnie, born in August 2020. Sarah blogs about being a mom of many at harrytimes.com and overshares on IG as @sarahjedd. Sarah, her husband, and their kids live in Verona with the world’s laziest dog. 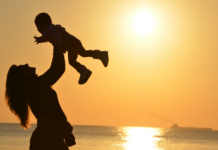 Embracing The Real You 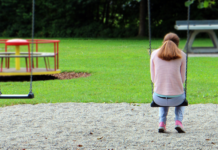 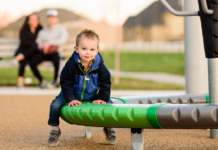